Best time to travel to Chopta is in Summers (April – June) and Winters (Oct – Dec). Travellers interested in snow fall or want to experience snow trekking in Chopta then Jan to March are the best months.

Neelkanth Camp Chopta is situated at a place from where you can visit Chandrashila, Devatala, Rudranath, Anusuya Mata, Madmaheshwar, Tungnath You can go easily. Every year hundreds of tourists from our country and abroad come to our camp, who return with a memorable palo in their eyes.

Chopta has a very cool and pleasant climate from 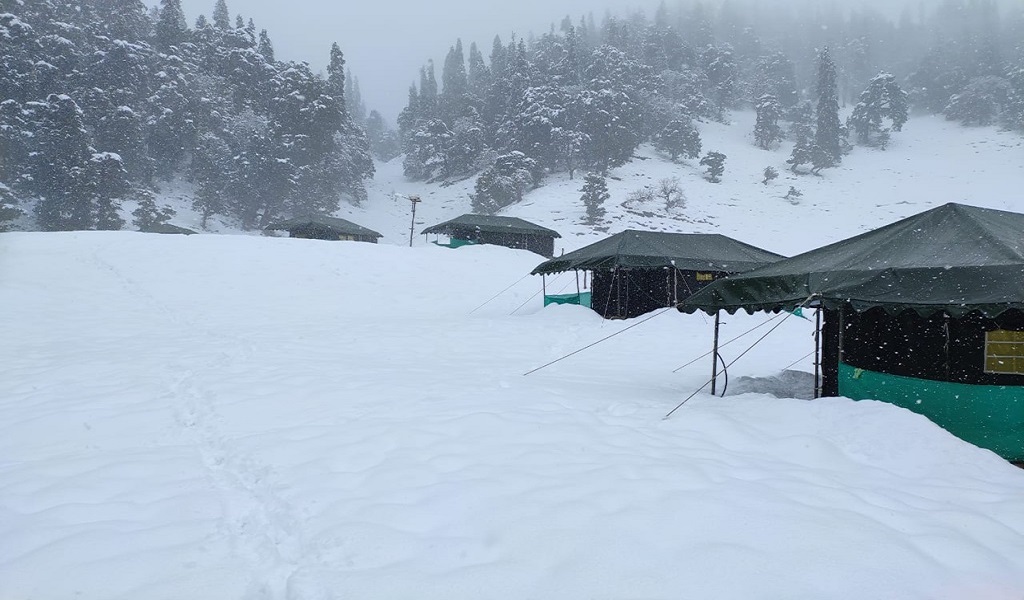 March to May with the temperature between 10 °C and 30 °C. After that comes monsoon season that starts from July and ends in October. Chopta witnesses snowfall from November to March and the temperature is between a minimum of −15 °C and a maximum of 15 °C. It starts snowing in the month of November and increases significantly day by day. By January it is a 4- to 7-foot-thick layer of snowfall. It is fully covered with snow during winters and during the same time, some of the routes going to Chopta are blocked. An alternative route to Chopta is from Deoria Tal, which is 10–12 km trek that starts from Deorial Tal.

Deoria Tal can be approached from Saari Village. It can be taken during winter season. So, trekkers must visit the place during winters if they want to see snowfields. Summertime in Chopta does not offer clear view of Himalayas due to cloudy weather from June to August. All the peaks are covered in clouds and the view is unclear. During winters, the sky is crystal clear and all the mountains are clearly visible. It amazingly offers a 360-degree view of snow-clad mountains.